'Twas the night before KotlinConf 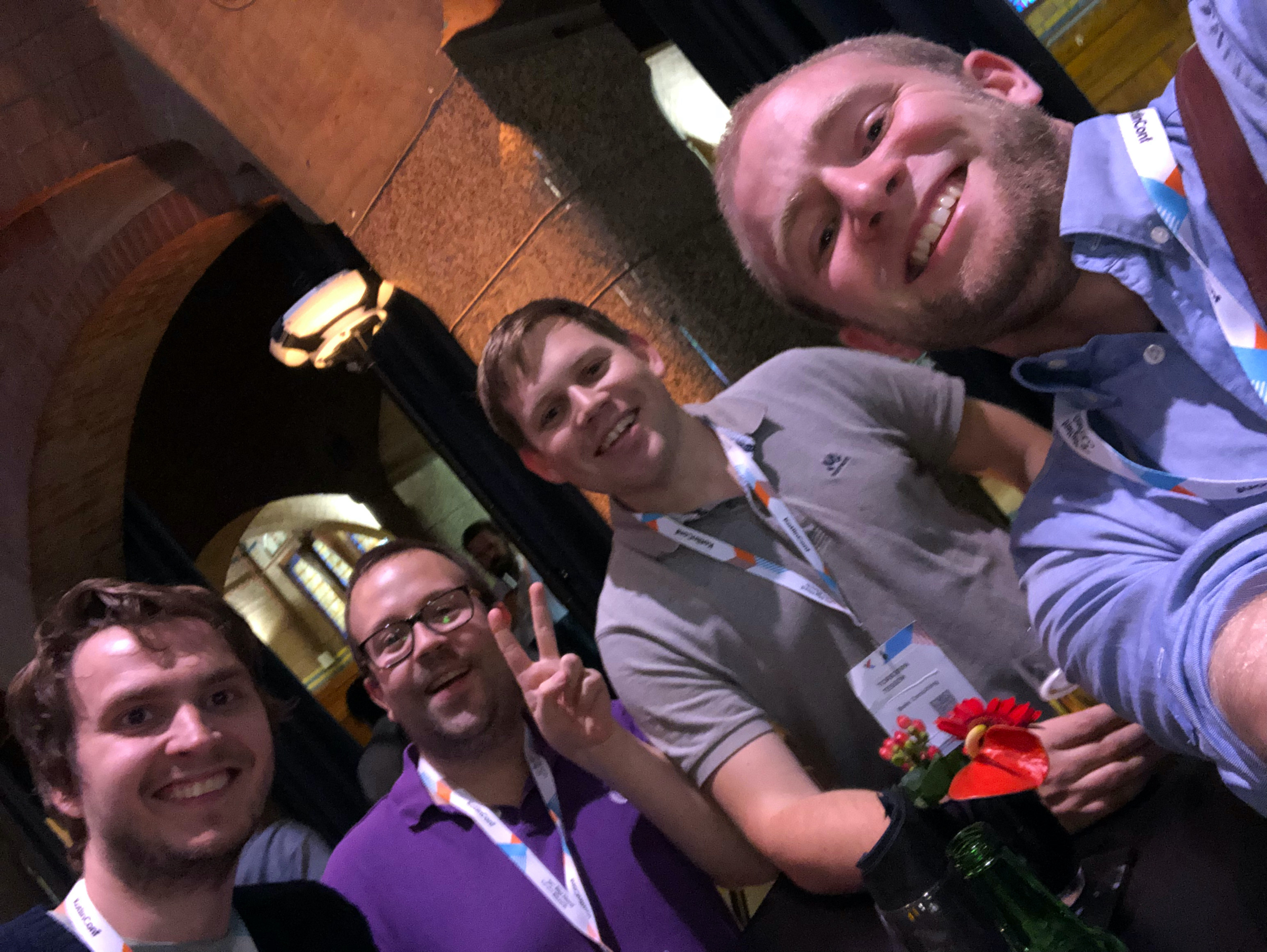 Tomorrow the festivities, that are KotlinConf 2019, are upon us. And in that spirit we take time to look back at last years conference and some of the informative, inspiring and fun talks we witnessed in Amsterdam.

KotlinConf 2018 was held over two days (not including workshops) in Beurs van Berlage in central Amsterdam. After the keynote kicked off the conference, there were four talks in parallel trough-out. This presented a problem, as it was not easy to choose which talks to attend (or even more so, write about). Even still, we will try to present some of the talks here.

Representing the state of a program in the code can be difficult work, and is a discipline prone to errors. In this talk Christina Lee presented how the use of primitives and strings can be problematic when used to represent state. Both because their meaning may change over time and because they quickly (or even initially) will have the ability to represent invalid states when code changes.

So what is the solution? As always, that depends on the application. But Christina recommends using bounded types, and in Kotlin that means Sealed classes everywhere!

During any conference, some talks are fun, some are inspiring and some are downright useful. While this talk may fall into the two first categories, it definitely belongs in the third one. Especially if you are a developer migrating to Kotlin from the Java-world.

Phillipp Hauer gave many useful tips on how to use the features of Kotlin when writing tests. This included how one can avoid using statics, using the strengths of data classes and how well Kotlin works with JUnit 5. He also presented some of the many different libraries for testing, assertions and mocking.

Best Practices for Unit Testing in Kotlin by Philipp Hauer

The related blog post is also a recommended read.

A tradition in the making? This was the second edition of the Kotlin Puzzlers, and the schedule confirms that there will be a third edition this year. Anton Keks presented absurd snippets of code and challenged the audience to vote for the correct result when running the code. After the answer was reviled, an audience member volunteered to explain the result.

This was the first puzzler, can you explain what answer it will give and why? There may be some Estonian liqueur in it for you if you do...

If your are interested in more, you can find videos (and some slides) from KotlinConf 2018 here. And there will of course be more Kotlin in Copenhagen the next couple of days. We hope to see you there!